Edema can occur for many reasons, but did you know that in some cases, edema links to vein disease? Vein disease can quickly become a serious health concern if not addressed.

If you think you might have edema, it’s important to know what edema is, what causes it, and what treatment options are available. Luckily, if you want to learn more about edema, you’ve clicked on the right article. If you keep reading, you’ll learn all about edema, what it does to the body, and how it connects to vein disease.

Without wasting any more time, let’s first explore what edema is exactly.

Edema, in simple terms, is fluid retention in the body. While edema can occur in any part of the body, it most commonly occurs in the lower appendages such as the ankles and legs. Edema appears in the form of swelling.

In some cases, the swelling may be so severe that the skin may appear shiny and stretched. A test of edema is pressing on the swollen area with a finger for about five seconds. Upon removing the finger from the swollen tissue, an indent will remain in the skin. 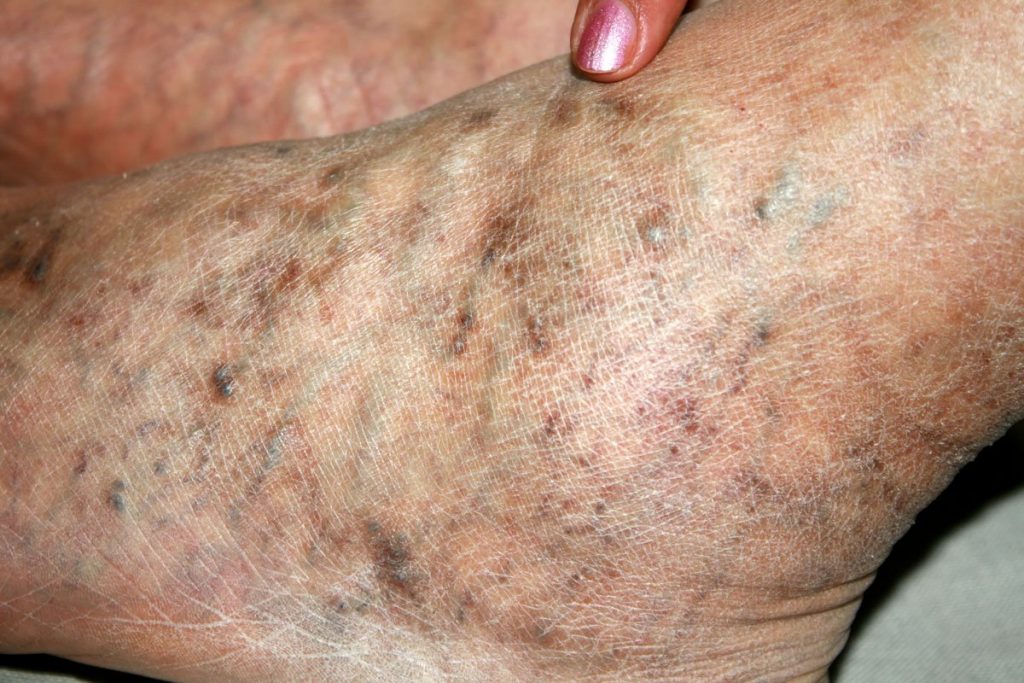 But what causes edema in the first place and why does fluid tend to build up in the lower parts of the body?

Edema can stem from a variety of conditions which is why it is often difficult to find the root of the problem. In some cases, edema may not be a cause for concern. These cases may include pregnancy and standing for too long.

Prolonged standing is a common reason why edema tends to occur in the legs, ankles, and feet. This is because fluid in the body flows downward due to gravity over a period of time and is left to pool in the lower appendages.

In other cases, however, edema may link to much more serious conditions. The failure of important organs such as the kidneys, liver, and heart tend to cause edema throughout the body. Edema may also be a side effect of certain medications such as blood pressure medications.

Poor diet may contribute to the development of edema, notably the consumption of too much salt. This is because salt has a tendency to retain water in the body. Edema may also occur due to allergic reactions and body inflammation.

More often than not, however, edema is caused by problems with the blood vessels. A common vascular problem that often links to edema is known as vascular insufficiency.

Vascular insufficiency often impacts the veins that run through the legs. These veins are large and have valves that allow the proper flow of blood. These veins, when functioning as they should, prevent fluid from pooling and building up in the lower limbs.

While venous insufficiency may not seem to be of much concern at first, over time it can become very serious. If medical treatment for vein disease is not pursued, the lower legs can begin to darken in color. This is due to the continuous and worsening pooling of blood and the breaking of weakened blood vessels.

If edema and vein disease continue to worsen, ulcers and open sores may begin to form on the legs and feet. The lower limbs may also become sensitive to the touch due to the many broken blood vessels in the area. Because of the ulcers, the risk of infection increases and the body’s natural healing abilities decline.

Another cause of edema is deep vein thrombosis or DVT. DVT may occur when a clot becomes lodged in a deep vein in the body. DVT can become a medical emergency if the clot breaks free.

This is because the freed clot often is swept into the lungs, resulting in a pulmonary embolism which can be fatal. The signs of vein disease, in this case, are different than those of vascular insufficiency.

For example, instead of both legs experiencing edema, often only one leg is affected. Also, those who are affected by deep vein thrombosis tend to feel more pain in the affected limbs than those with venous insufficiency.

It’s clear that edema can quickly become a serious concern and needs to be treated as soon as it appears. Luckily, there are several treatment options available.

Compression stockings are a great choice for promoting blood flow and for preventing the pooling of blood in the lower extremities. For the same reason, elevating your legs and avoiding standing for long periods can be helpful.

Exercise and weight loss are essential. Exercise promotes blood flow while weight loss prevents any extra strain on blood vessels. In severe cases, surgery may be performed to remove damaged veins from the legs.

You are now familiar with what edema is, what causes it, and how edema caused by vein disease can become a serious issue. If you suffer from edema, it is important to see a specialist and not let the condition worsen.

To learn more about vein disorders and treatments, contact us here.

About the Author: Paige Bourbeau, ARNP